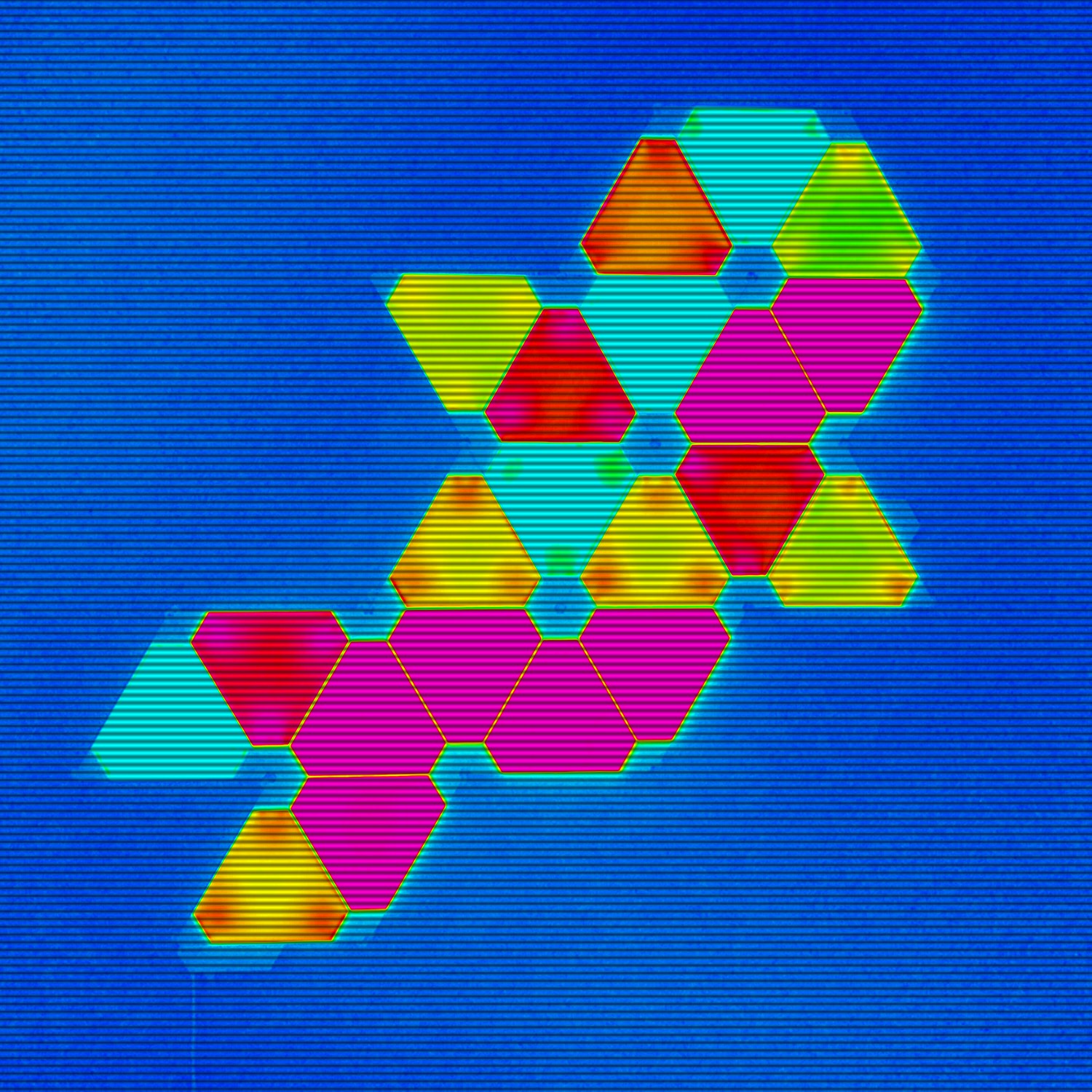 Nanoleaf Aurora, is a toy.  You don’t really need it.  You can use it as a light source, but you know it’s more of a modern art piece (or a toy) than a light source that you would need when reading a book.  None the less, I GREATLY recommend it.

But before you decide to actually buy it, do try out the finction of the layout tool.

Make sure that you’re very, very, very happy with the layout before you order it, or else you’ll end up (not sure if you guys in the US get free shipping, but I’m in Malaysia, and I get charged a lot for shipping) paying for reorders.  You do get Reward Points that helps you cover it a little, however, it can be a costly mistake if you want to continuously add more tiles to the layout.

Here’s how I made mine.  At first, I did this design:

Before buying I played around with the tiles, and I settled with an abstract dinosaur shape which needed 15 tiles.  So I made my first purchase of a Starter Set, and 2 Expansion Packs.  With a total of 15 tiles.

When I received it, and put it up I realized that it’s just too small and most of the light focused in the center.  Plus, there was a problem with the power cable.  Being a small cluster of tiles, it was placed at eye level, and the power cable sticking out from under it was an eyesore and needs to be placed lower so that it’s not so obvious.  Which meant I needed more tiles!

Going back to the Nanoleaf Aurora app, I added 2 more Expansion packs and chose the randomizer option, and it came up with a layout design that blew my mind!  A fish / koi.

I was so amazed by this that I used the Rewards points I had to cover the shipping cost and ordered the 2 additional sets.  There was a little issue with the shipment, but all was resolved with the fast action by the Nanoleaf logistics team (Thanks guys!).

With this new layout, it looked great!  I’ve even added a scene that made the lights (Click Here to see a video of the Koi Lights in action) have Koi colors and I think it’s beautiful!  Also, with a fish tail that continued lower than the first layout, meant that the power cables are lower too making it less noticeable.   I can sit for hours (minutes…) staring at it.

Then…. the next problem…. I attribute this to the option to go crazy with the layout… IF I added just another Expansion pack to the fish, I’d get THIS!

So, in the end, my advice to you… make sure you really really happy with the layout before making the purchases.  It can get very addictive, and can cost a lot more that you would like it to.  But in the end, it’s just a beautiful piece of HomeKit art.

Have fun and get creative!